Driving Articles
How to Remove Rust on Your Truck 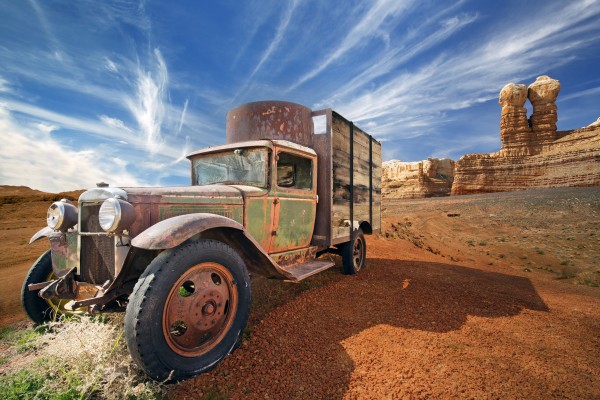 Rust is any vehicle’s enemy, especially if you’re planning to keep driving it for the coming years. Those brown stains can render your vehicle useless if the problem isn’t corrected soon or if it gets into the vehicle’s frame. Thus, as soon as you see those brownish spots, you must act immediately if you want to keep your vehicle for a longer time.

Read on if you want to know how to remove rust on your vehicle.

Rust forms when ferrous metal molecules interact with oxygen. This chemical reaction happens when automotive metals are exposed to the air. Other elements such as road treatments and saltwater can also hasten the formation of rust. Because it’s something chemical, it’s only sensible to use chemistry to also remove rust.

Types of Rust and Their Removal

Rust forms in stages and acting on it fast can help you get rid of it effectively. Here are the different stages of rust formation and how to fix them. Click here for more information on the different rust removers you can use to save your truck.

When you see cracks, paint nicks, and scratches, this indicates surface rust, which is an easy fix. As its name implies, surface rust resides on the metal surface. This early rust formation usually happens when its paint breaks down due to either UV or mechanical damage. Surface rust isn’t a structural problem but it’s still best to eliminate surface rust the moment you see it.

Fixing surface rust is like doing a paint repair. First, you’d need a sandpaper or an abrasive wheel to remove the paint and rust until you can see the bright metal underneath. It’s also best to roughen up the surrounding areas so that treatment can stick well to your vehicle.

Then, you need a rust inhibitor or converter to stop the rust from further forming. Even if the metal looks shiny and clean, some iron oxide is still present, and you need a rust inhibitor to convert the iron oxide into a moisture-resistant compound that’ll protect the metal under it. You can then paint over the treated area, depending on the product you use. Your truck should now look shiny and new.

You then need to use rubber gloves and a sponge or brush to apply the rust converter. Wipe a thin layer on the metal and leave it for at least fifteen minutes to dry. Apply another layer and wait for another thirty minutes to dry. Keep the surface dry for one day and then you can use a primer before painting and adding clear coat. Finally, you can buff it and blend the finishes. If the spot isn’t visible from the outside, you can then leave it after adding a rust converter and letting it dry. 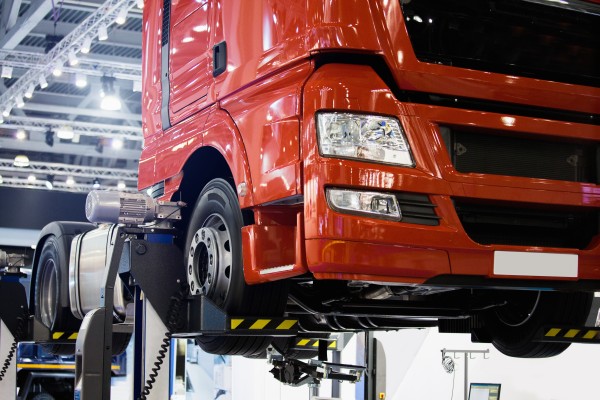 If you don’t correct surface rust immediately, it can penetrate deeper into the metal, producing bubbles on the car’s paint. This type of rust reduces metal strength, producing a rough type of damage known as scale. Getting rid of scale requires a wire brush, grinding wheel, and sandpaper to smooth out the surface from rust. Ensure that you see the clean metal and there aren’t any flakes of rust before sealing it back up or the filler can pop back off.

Roughen up the surrounding area of the bare metal to allow the treatments and sealants to stick to it. If the area isn’t visible from the outside, your work is done after adding a rust converter. However, if you need to preserve its appearance, you may want to smooth the surface out with a body filler and finish it with paint and primer. Ensure that you follow instructions in using the filler.

When the rust has been there long enough, the steel can turn to iron oxide. Holes also begin to form. Rust will then eat through metal, which is called penetrating rust. If this is your problem, you have two ways to fix it – replace the part or you can cut the affected part and then weld metal panels into it. Find a reliable body shop to solve this problem.

You shouldn’t attempt to repair this kind of problem since a rusted frame means that the structural integrity of your truck is uncertain. It should be checked and repaired by a credible repair shop.

Your truck is probably one of the big investments you have, so it’s best to care for it. Rust is a common issue among vehicles and can adversely impact the lifespan of your truck. However, with proper care and maintenance, you can prevent rust from forming and keep your truck in top condition.