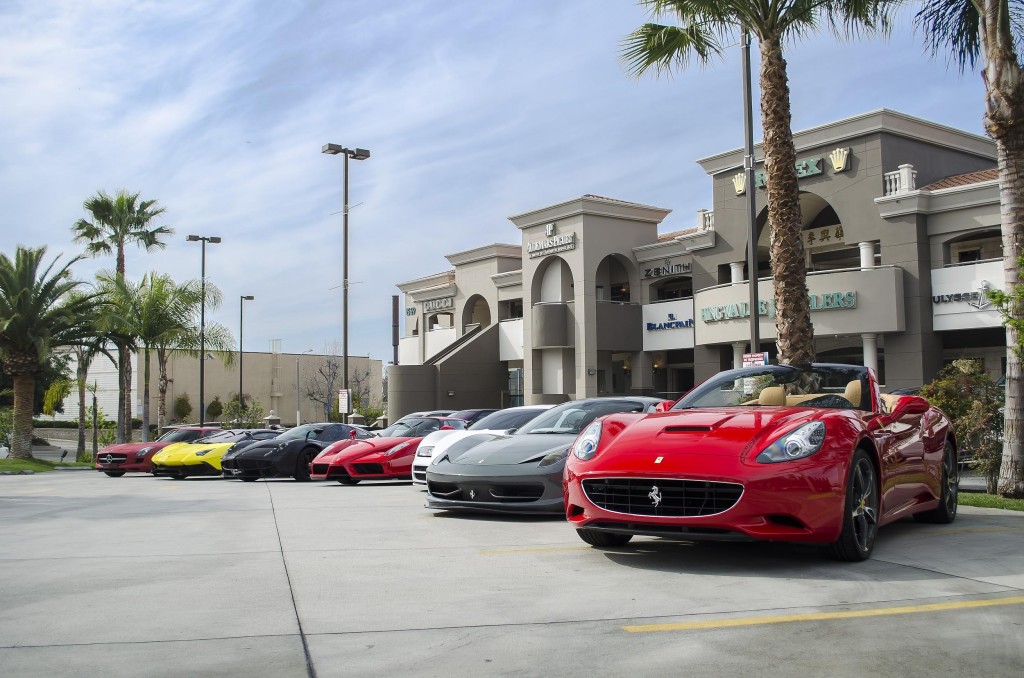 Some supercar eye-candy is always a good idea.

If you love a luxurious lifestyle, then there’s nothing else that screams opulence quite like a supercar. Of course, as with any luxury purchase, these machines come with a hefty price tag but it doesn’t mean that the Average Joe can’t enjoy them too. Whether you attend a show like The Supercar Event, opt for a day’s driving experience or are lucky enough to be able to purchase your own supercar, these beautiful and outrageous automobiles can be enjoyed by everybody.

Supercars have existed as a concept since at least 1920, and the sustained interest in building and owning them throughout the years is a testament to how much they are loved. As a vehicle for moving you from A to B, they are ridiculously over-equipped, but as an object of art, beauty and spectacular engineering, they can’t be beaten.

One of the original supercars.

Supercars are the pinnacle of the motoring world and, as such, they attract some very high profile enthusiasts ranging from footballers to pop stars to royalty.

Prince Rainier III of Monaco was known during his reign as a glamourous, “playboy prince”, famously marrying Hollywood actress Grace Kelly and reviving Monaco’s legendary casino. He was also a well-known lover of supercars and built up a collection of over 100 vehicles during his lifetime, many of them manufactured in either Europe or the US. Some of the stand-out pieces in his collection include the Bugatti Type 35 that won the 1929 Monaco Grand Prix, and a Lamborghini Countach 1986.

Both the elegance and thrill of Monaco are encapsulated in the fine-tuned machine of a supercar, and such vehicles are often seen all over the City. The opportunity to drive one of these fabulous machines in such a spectacular country could be considered the ultimate supercar driving experience during a Monaco trip.

The cult of the supercar has such a strong following, that people have even set up clubs and groups where they can share this love with other enthusiasts and collectors. The Arabian Gazelles are based in Dubai and consist of a collection of over 80 fiercely impassioned female petrolheads. Admittance to the club requires that ladies must drive and own a supercar, with the information page dropping big names such as Bugatti, Lamborghini, Aston Martin and Ferrari as suggestions of what they may own.

Alternatively, écurie25 offers membership to those who like to be the first to drive new supercar models without necessarily having to own them. Membership fees give members access to an expansive stable of supercars, available to drive as fully valeted, insured and expertly maintained vehicles. This is the ultimate option if you love supercars but don’t want to commit to the ownership of just one or two. With écurie25, you can try whichever you fancy!

Supercars in the Media

The success of shows like Top Gear has brought the joy of the world of supercars to a global audience, with viewers tuning in to see presenters put some of the most advanced automobiles on the planet through their paces. But this love of fast cars has always been present in fictional media too, with super-spy James Bond seen driving something snazzy like a Bentley, a Jag or his ubiquitous Aston Martin. And let's not forget about The Fast and the Furious franchise spanning eight movies so far. Many musical artists have also used supercars in their music videos as an easily recognisable status symbol; well documented petrolhead Jamiroquai unsurprisingly used a lot of his own personal favourites in his videos, and today Rolls Royce is namechecked in songs from Drake, The Weeknd, and many others.

The rise of the supercar can be attributed to how much we all love to watch a well designed, well built and beautiful piece of machinery doing what it was made to do. They represent the highest level of human engineering and appeal to the thrill-seeking side of our nature.