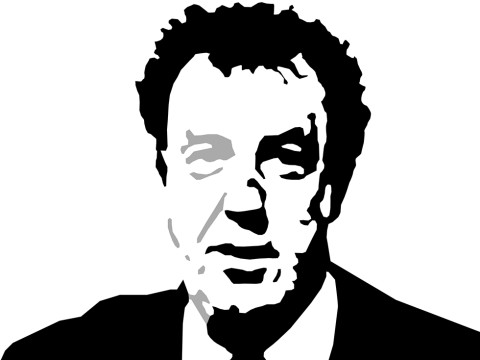 Yesterday evening (12th of April 2019) we sat and watched the last edition in this series of the Grand Tour on amazon tv. Jeremy tearfully announced at the end that it was indeed the end, no more appearing in a tent surrounded by a friendly audience, no more Conversation Street, no more test track, no more fastest laps. The End.

Except... it wasn't the absolute end, as they are planning on doing another series - a series of Specials, though if you make a series of specials I guess they all become a little less special. No matter. So we will be seeing the boys again, just not in the now time-honoured format of blokes surrounded by cars and fans - which has been going on for so long that if you watch them back on Dave you will see how the ravages of time have affected our stout heroes.

There is no doubt we will miss the show, but on the other hand it was starting to get a bit repetitive. I mean I don't mind laughing at the same stuff over and over, but really enough is enough. End on a high. I think they've just about managed that. The last show was a good one for people like myself of a certain age, as it waxed all nostalgic about the good old days of motoring. By which on this occasion they meant the 60s, 70s and 80s. Back in the days when there were less cars on the road, there were less rules, there was more fun to be had, and the cars were all a bit pants. But we cared little, we knew no better so we just got on with it. Not starting, breaking down, bits falling off, rust, a suicidal lack of safety features, that was how it was in the 60s, and somehow we survived.

Specifically, the show centred around the demise of the Ford Mondeo, tracing its history back to the Cortina in the 60s. I have fond memories of these cars, and it appeared everyone else in the audience did too, everybody's dad had a Cortina. I recall driving Mk3 and 4 Cortinas at my first job. Then came the Sierra and then the Mondeo. But they quoted some figures on sales figures for the Mondeo these days, quite unbelievably, they sell very few - despite it being a good solid well designed car. Because we've all started buying SUVs. Rather a shame, I have no time myself for SUVs, but neither have I any great desires for a Mondeo. As cars have got bigger and bigger, a Focus sized car is now I'm sure larger than the early Cortinas. How much room do you really need? Apparently we all now prefer something that looks like a van.

Anyway, the programme did bring back nostalgic feelings about the earlier days of motoring, before all the rules, regulations, speed limits, congestion charges, speed cameras and endless traffic jams on todays pot-holed roads. Maybe it wasn't as fun back then as they and I make out. But maybe it really was. No going back now though, we're on a road to nowhere.

You mustn't listen to an old codger like me. Or old codgers like the Grand Tour chaps. You've got to make the most of the situation. When all cars are electric I guess there is a fair chance they will be super-reliable. Maybe it will turn out alright in the end, maybe there will be advances that mean driving will become fun again. I mean it still is fun, it's just less fun, that's all. Maybe we should take a leaf from the Top Gear/Grand Tour lads book... maybe we should go out and have driving adventures in far away lands. Though we may well need a support crew!